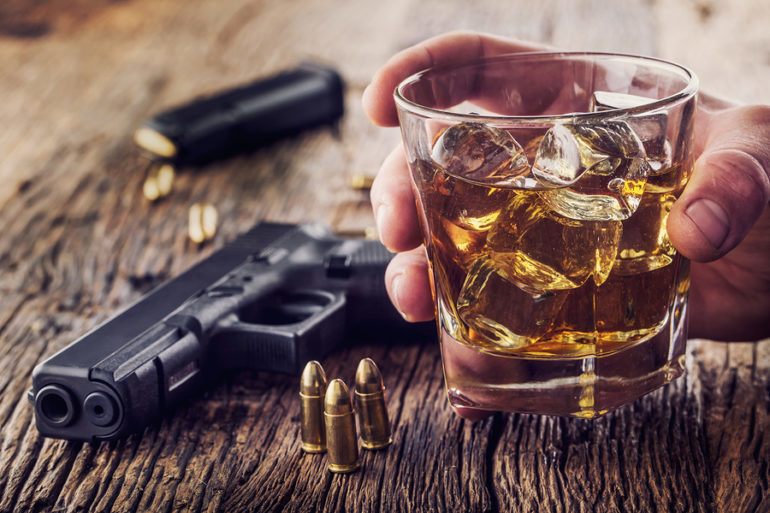 In Washington state, there are several ways in which an individual could be charged with felony DUI.  If a person has previously been convicted of a Vehicular Homicide or Vehicular Assault, by way of Driving Under the Influence, any subsequent DUI arrest will be charged as a felony.  In those instances however, the prior conviction (for Vehicular Homicide or Assault) is a prior violent felony as defined by Washington law.  Consequently, individuals with prior convictions such as this are often precluded from possessing a firearm under Washington law due to these violent felonies alone.

Yet some individuals in Washington state can be charged with a felony DUI simply because they have been arrested for other non-felony DUIs in the past.  Under current Washington law, any individual who has been charged with their 4th DUI in the last 10 years will also be charged as a felon.

If passed, SB 6163 would require that any person simply charged with felony DUI be required to forfeit all firearms pending the outcome of the case.  Current law requires that anyone charged with a violent felony (murder, manslaughter, vehicular homicide or assault, robbery, assault, rape, etc) be ordered to surrender any firearm while the matter is pending.  This would mark a departure from current Washington law as no case currently holds that DUI alone, constitutes a violent offense.

Nothing in this law affects anyone convicted of a Felony DUI in that they will lose their right to possess a firearm as being a convicted felon.

You can track SB 6163 and read the entire bill right here,