How to Fly With Firearms

In most instances, you have the right to travel with your firearm.  But like many rights associated with firearms, it comes with great responsibility.  The following is a detailed, step by step, description on how to fly with a firearm.  Remember to always check TSA's policy and the airline for additional restrictions and/or information. 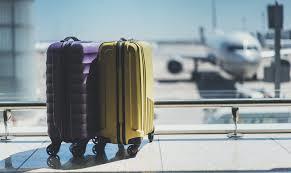 Step 1:  Get a good case.  TSA and airline baggage handling is rough on cases, so the best case is a requirement. The best cases have foam linings that can be cut to fit your gun(s). In many cases, you must make cutouts since the guns will not fit without cutting. (Click here to see some TSA approved gun cases).  Do not cut openings for ammunition -- even for car travel, it is often illegal to have ammunition packed with the weapon. (Unless you possess a valid Washington State CPL).  You can provide space for magazines and other gear, though.

Step 2.  Some people feel that scopes should be dismounted before travel. With cases such as suggested with very thick foam, this is probably not required but is a simple step that may prevent problems.  Some optics, however, can be very pricey so one should pay careful attention to ensure they are not damaged during travel.

Step 3.  Use a NON-TSA approved lock.  No, this is not a mis-print.  Remember, TSA regulations requires that the gun be locked in a container and the access to that container can only be accessed by you, owner.  TSA approved locks are ones that can be opened with a TSA master key.  A non-TSA approved lock actually conforms to the requirements of 49 CFR 1540.111, the regulation that governs firearm transportation.   If necessary, the TSA will ask you to unlock the case or provide them a key (do not give them the combination if a combination lock is used).  TSA will visually inspect the packing of your gun, after which they will either have you re-lock your case or they will re-lock it and return your key. TSA agents are not trained or allowed to handle a firearm, so no contact should be made in that manner. If an agent feels the firearm requires in-depth inspection, they must have a law enforcement officer come over to perform that function. If re-inspection is deemed necessary after the bag is checked, they will locate the owner and have them open the case again, so it is wise to remain in the area or on the aircraft after checking the firearm.

Step 4.  For guns, the first step on arriving at the airport is to proceed directly to the baggage check-in -- you cannot use curbside check-in. Declare to the attendant when you get to the counter, "I have a gun to check." (Note, air guns/air rifles/air pistols are not considered firearms and do not require declaration but do have to be placed in checked baggage and it is wise to alert the agent as to avoid a delay due to a misunderstanding.) Air tanks/canisters/cartridges are not allowed past TSA without internal inspection. That said, a tank attached to a gun is considered to be part of the gun and not a tank. Thus, limit yourself to one attached tank -- if you must have additional tanks, either prepare them for internal inspection (X-Ray is not enough, unfortunately) or ship them separately. Just-in-case, it is a good idea to travel with the tools to allow internal inspection of an airgun tank. The tanks should all have air pressure released before inspection or take the tool to release the pressure if necessary. There is no danger of explosion from travel.

Step 5.  The attendant will ask for a declaration that the gun is unloaded. There is a form you fill-out with this declaration that goes into the gun case. You will get a baggage tag for your gun and other luggage. Your gun will be sent to the TSA inspector for the next stage of processing.

Step 6.  Ammunition can be packed separately in your checked luggage or in the same case as the gun (as long as it is .75 caliber or less, that is). There are state restrictions on having ammo packed with the gun that may apply, too! There are usually airline limits on how much ammunition that can be carried, sometimes significantly limiting the amount of ammo that can be carried. Check with the airline for these limits. Again, you can always ship ammunition separately. While it is relatively easy to ship ammunition, shipping guns is not simple.

Step 7.  TSA inspection is usually pretty cursory. As stated above, they are only allowed to visually inspect the firearms packing and the content of the case. They are allowed to search the case in depth which may require manipulating the firearm somewhat along with the packing, but no manipulation of the firearm in terms of opening the action, removing parts or magazines or dis-assembly of any type. If this is deemed necessary by the agent, they must have a law enforcement officer come to the area and perform that action. While unlikely, you may be asked to explain your reasons for traveling with a gun. If so, be nice. A short and simple answer is all that is needed. Something like "protection while on my trip," "hunting," or "attending a shooting event". Most likely nothing will be asked.  Remember to be polite and honest as there is nothing to hide.

Step 8.  Once the inspection is complete, close and lock the case and put away your key. Your gun should then become "luggage" except for possibly being routed to special handling upon arrival at your destination. While the airline may tell you that your guns will arrive in a different area than you baggage (think skis), in practice they will often just be luggage and arrive with your other bags. Ask the agent where to expect them if not informed and immediately check with the staff at the arriving airport as well but be ready to check both special handling and regular baggage arrivals.

Step 1.  In addition to the above, for international travel you must obtain the rules and regulations for US Customs and the country (countries) you will be visiting or transiting.  Visit the U.S. State Department's page on traveling internationally with firearms.

Step 2.  If possible, plan your travel with direct flights. This avoids not only possible delays but lost baggage and any problems with transporting a gun through a third country.

Step 3.  Get all necessary forms from the host country early. Also, back that up with a call to the host country embassy here in the US and make sure you're not missing anything. Event organizers can often provide most of the required information for getting a rifle into their country; pistols may be far more difficult.

Step 4.  For any trip out of the country, you'll need a US Customs Form 4457 that has been signed by a US customs official. This verifies that you had your firearms (and any other dutiable personal possessions) before leaving the country, so you don't have to pay duty when you return to the country – especially important for foreign made firearms.

Remember to also include any ammunition on this form to avoid problems bringing any unused ammunition back into the States.  This form can be used multiple times, so keep it handy for future travel.

Remember, this information above is not an exhaustive list of all requirements for traveling with firearms.  You should contact TSA and the airlines when traveling domestically.  The same should be consulted, as well as the U.S. embassy to which you are traveling for more information when traveling internationally.