There has been considerable concern about the "Secure Gun Storage" section of Initiative 1639. The new law states a gun owner can be criminally prosecuted if their gun gets into the wrong hands and a crime is committed with it.  Penalties may range from a misdemeanor to the felony charge of ‘community endangerment due to unsafe storage'.  A citizen would be criminally liable under this law if a gun was not stored in a way to keep, what the law calls a "prohibited person" from getting to it.  A prohibited person is defined as anyone who is not legally allowed to have a gun, a child or felon for example.  For a list of persons prohibited from possessing firearms click here.

There are some situations where the new regulations will not apply.  Minors can have access to guns if they have permission from a parent or guardian, and they are supervised.  The law does not apply if someone breaks in and steals a gun, as long as it is reported to law enforcement within five days.  It also does not apply to when a prohibited person uses a gun in an act of lawful self defense.

The law doesn't necessarily mandate that firearms owners lock their guns away.  But lawful firearms owners could be charged under those community-endangerment crimes if someone not legally permitted to possess a firearm — such as a child or a felon — gets a hold of it and displays it publicly, causes it to discharge or uses it in a crime. 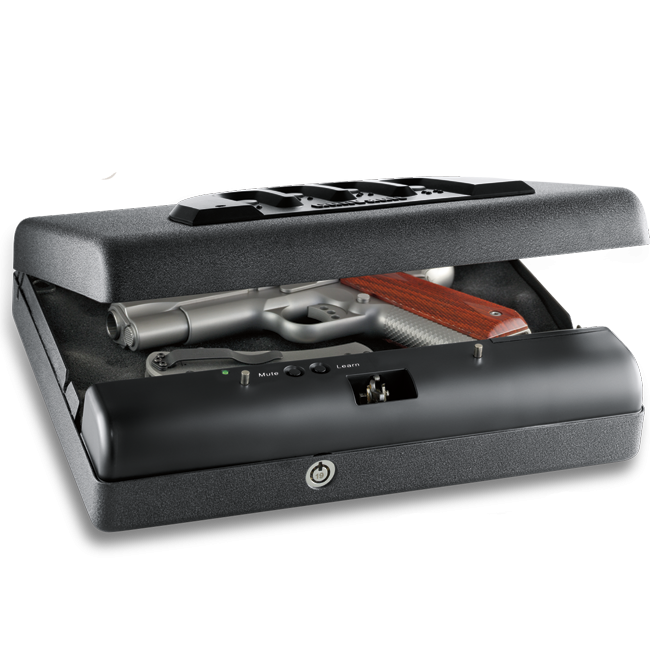 Owners who keep a gun secured in a safe or lock box, or with a trigger lock or similar device, would not be subject to charges if the firearm were to be accessed by someone who shouldn't have it.  A lawful firearms owner should also be exempt from community-endangerment charges if a prohibited person obtains a gun due to unlawful entry, as long as the gun owner reports the incident within five days of the time he or she knew or should have known it occurred.

Any lawful owner of a firearm, who leaves a gun in a location where that person knows, or should know, that a prohibited person may gain access to the firearm will be guilty of:

A Class C Felony of Community Endangerment in the First Degree if that prohibited person obtains possession of the firearm AND causes personal injury or death with that firearm, or;

A Gross Misdemeanor of Community Endangerment in the Second Degree if that prohibited person obtains possession of the firearm AND;

1.  Causes damage to the firearm, or;

2.  Carries, exhibits or otherwise displays the firearm in a public place in a manner that either manifests an intent to intimidate or which warrants alarm for the safety of others, or;

3.  Uses the firearm in the commission of a crime.

Community Endangerment in the First Degree is a Class C felony punishable by up to 5 years in prison and a $10,000 fine.

Community Endangerment in the Second Degree is a Gross Misdemeanor punishable by up to 364 days in jail and a $5,000 fine.

A lawful firearm owner is exempt from this law only if:

1.  The firearm was in secure gun storage, or secured with a trigger lock or similar device.

2.  The person is a minor and the access to the firearm is with the lawful permission of the prohibited person's parent or guardian AND supervised by an adult, or is in accordance with RCW 9.41.042;

3.  The prohibited person obtains, or obtains and discharges, the firearm in a lawful act of self-defense; or

The Prosecuting Attorney is given some discretion in charging crimes under this new law.  If a death or serious injury occurs as a result of an alleged violation of this law, the prosecuting attorney may decline to prosecute.  They may choose not to prosecute even if they have sufficient evidence but the prosecution would serve no public purpose or would defeat the purpose of this law.

A "prohibited person" means a person who is prohibited from possessing a firearm under state or federal law.

The law also claims that "nothing in this section mandates how or where a firearm must be stored."

Initiative 1639 also creates several new legal obligations for licensed firearms dealers.  This will, of course, affect how you purchase firearms in Washington state as well.

Under this new law, every dealer shall offer to sell or give the purchaser/transferee a secure gun storage device, or a trigger lock or similar device that is designed to prevent the unauthorized use or discharge of the firearm.

Every retail operation, licensed to sell firearms in Washington state, shall conspicuously post, in a prominent location so that all patrons may take notice, the following warning sign, in block letters at least one inch in height:

WARNING: YOU MAY FACE CRIMINAL PROSECUTION IF YOU STORE OR LEAVE AN UNSECURED FIREARM WHERE A PERSON WHO IS PROHIBITED FROM POSSESSING FIREARMS CAN AND DOES OBTAIN POSSESSION.

Furthermore, the law also requires every retail operation, licensed to sell firearms in Washington state, upon the sale or transfer of a firearm, to deliver a written warning to the purchaser or transferee that states, in block letters not less than one-fourth inch in height:

WARNING: YOU MAY FACE CRIMINAL PROSECUTION IF YOU STORE OR LEAVE AN UNSECURED FIREARM WHERE A PERSON WHO IS PROHIBITED FROM POSSESSING FIREARMS CAN AND DOES OBTAIN POSSESSION.

Any person who violates this law is guilty of a class 1 civil infraction under chapter RCW 7.80 and may be fined up to two hundred fifty dollars. Retail operations will be given a 30 day grace period before fines can be assessed.  Consequently, the earliest this law will be enforced is July 31, 2019.

If you have any questions about safe storage of your firearms, or if you are a retailer that has questions about the new requirements, contact us today.  [email protected]