Commonly referred to as the “gun show loophole,” in 2014, Washington became the first state to enact a law requiring background checks on private sales.  The law requires private buyers and sellers to conduct a firearms transaction through a federally licensed firearm dealer (FFL).  The FFL must process the transaction as if the dealer were selling the firearm from his or her own inventory and comply with all federal and state laws regulating firearms dealers, such as performing the required background check on the purchaser.  To read the entire law click here and here.

A sale or transfer of a firearm that in violation of this law is a gross misdemeanor upon the first offense.  If an individual has previously been convicted of an illegal transfer, they will be charged with Class C felony for all subsequent offenses.  Each a firearm is considered a violation regardless of the number of “transactions” that took place. 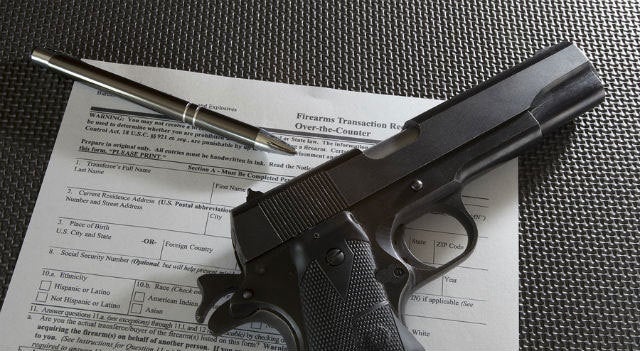 There are some exceptions to this law.  Some transfers between non-licensed sellers and buyers are exempt from the background check requirement including:

The FFL may not transfer the firearm to the purchaser until either the purchaser clears the background check or ten business days have elapsed from the date the FFL requested the background check, whichever occurs first.   For transfers of handguns to individuals without valid Washington driver's licenses or state identification card or who have not been a resident of the state for the previous consecutive 90 days, the FFL may not deliver the handgun until the transferee passes a background check or 60 days have elapsed since the date of the request, whichever occurs first.

When a Washington resident buys a long gun out-of-state, or sells a long gun to an out-of-state resident, the buyer and seller must follow the procedures of the background checks law.   FFLs may not sell or deliver a handgun to a resident of another state.

Who You Can Sell or Transfer a Firearm To.

It is critical that if you are selling or transferring a firearm to another individual that they are legally permitted to possess that weapon.  State law forbids many individuals from possessing firearms including:

Federal law also prohibits firearm possession by any individual who:

Penalties for Illegal Sales and/or Transfers

Violating this law comes with serious consequences.  A first offense, constitutes a gross misdemeanor, punishable by up to 1 year in jail and a $5,000 fine.  Any subsequent offense, is charged as a Class C felony, punishable by up to 5 years in prison and a $10,000 fine.  Moreover, each firearm sold or transferred in violation of this law constitutes a separate offense.  The law specifically states:

Notwithstanding the penalty provisions in this chapter, any person knowingly violating RCW 9.41.113 is guilty of a gross misdemeanor punishable under chapter 9A.20 RCW. If a person previously has been found guilty under this section, then the person is guilty of a class C felony punishable under chapter 9A.20 RCW for each subsequent knowing violation of RCW 9.41.113. A person is guilty of a separate offense for each and every gun sold or transferred without complying with the background check requirements of RCW 9.41.113. It is an affirmative defense to any prosecution brought under this section that the sale or transfer satisfied one of the exceptions in RCW 9.41.113(4).

If you have any questions about the sale or transfer of a firearm, more information can be found at: