Five Types of People to Always Avoid While Concealed Carrying. 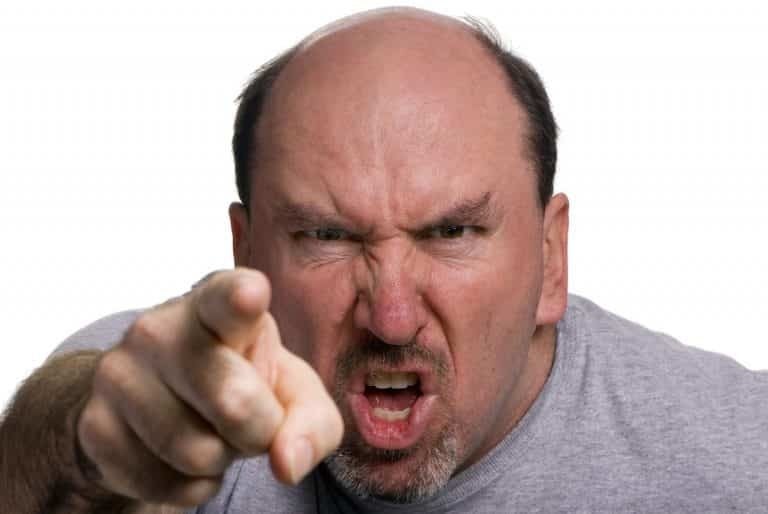 As an everyday concealed carrier, you need to become adept at spotting a potentially bad situations.  While this may deprive you of some epic stories, knowing that our responsibility to be law-abiding citizens and not get drawn into conflicts with others has inspired us to provide you a short list of those that tend to get drawn into conflict, and thus, must be avoided at all costs.

Avoid conflict whenever possible. The only reason you need to be in a conflict is if your life or the life of a family is in danger. Below is just a short list of the people to steer clear of to make that job just a bit easier.

We all know at least one loudmouth. The Loudmouth is a guy or gal that has no filter and has no inhibition about telling just about anyone how he or she feels. There's nothing wrong with honesty but sometimes — just sometimes — giving an unsolicited opinion can get some adverse consequences.

For the majority of loudmouths I know, they are usually just trying to be comfortable and feel out the crowd. For some, though, they purposefully seek to dig in and instigate conflict where there was none before. As a concealed carrier, when I can see someone purposefully goes out of his way to make derogatory comments to others or myself, I avoid that person if I can.

As much as I like watching YouTube videos touting the latest high-energy public prank, these are about the last people you need to deal with as a concealed carrier. People who routinely go out and intentionally instigate reactions from others are asking for a wide gamut of responses. There have been guys who “pull pranks” for YouTube lulz that ended up getting severely beaten as a result of their “social experiments.”

If that describes your buddy or someone you regularly hang out with, it's probably a good idea to keep your distance. You don't need that sort of additional potential for violence cropping up in your life.

A lone drunken idiot is pretty manageable. A group of drunk idiots is downright dangerous. Don't underestimate the amount of stupid courage one man can muster when egged on by his friends and fed enough whiskey. Just ask the Scots.

As a sober concealed carrier, however, this is a nightmare in the works. Because you never want to use your gun unless you feel your life is threatened, it's essential to avoid situations and certain types of people to give yourself the best odds of never needing to use your concealed carry pistol in self-defense.

A drunken idiot that thinks he has a license to put his hands on you or push you around is in for a rude awakening. It's best to let him sleep it off rather than make decisions he can't undo later on.

In these politically turbulent times, sometimes it's best to stay out of the fray. There's nothing wrong with expressing your political opinion or freedom of speech — in fact, those two things are arguably central to our system of governance as the Second Amendment. However, the last thing a concealed carrier needs to deal with is getting caught up in the fray when protests turn violent or nasty.

Let's take the protests in Oregon that happened in February of 2017. A concealed carrier was arrested after he was allegedly harassed and attacked by protesters. He had a hard time proving that the seventy people around him were throwing objects at him and pushing him. More importantly, the police didn't buy it and saw his actions as negligent.  It's a whole lot easier to avoid the mess altogether. Legally, that concealed carrier lost his ability to carry a gun, paid a whole lot of fines, legal costs, and court costs. He was lucky to get out without prison time. Let's not let that happen to any of us.

Or consider the plight of the New Mexico man, attempting to defend a statute, who was then viciously attacked by protestors in June of this year.  Or let us not forget Kyle Rittenhouse.

It's easy to spot dudes in the rough part of town sporting gang colors and hanging out on the front stoops of worn down buildings. Those are natural places to avoid. However, it's more than just urban gang bangers that you should avoid as a concealed carrier. Anytime I see a someone sporting MC colors or MC logos for Hell's Angels, Outlaws, etc., I take a step back.  Be on the lookout for anyone sporting MC Logos, Hell's Angels, Outlaws, etc.  Remember that any of these individuals likely have a target on their back. If a rival gang sees them, they'll ask them to take them off. If that doesn't work, they'll try to physically remove them. There are exceptions — like funerals and maybe weddings — but ultimately it's a dangerous thing to be near.

Hanging around with people that draw conflict to them is a recipe for disaster for a concealed carrier. Even if you do manage to avoid the conflict, you know it'll only be a matter of time before you're drawn back in.

Gun fights, in the real world, are legal, physical, emotional, and medical nightmares that are guaranteed to leave lasting marks on the participants — and those around. As responsible concealed carriers, we're obliged to protect ourselves. But, it's just good common sense to avoid people and situations where we know it's a known risk of getting drawn into a fight.

The five types we've listed above isn't a comprehensive list by any stretch. If you feel we left someone out, give them up in the comments section below.