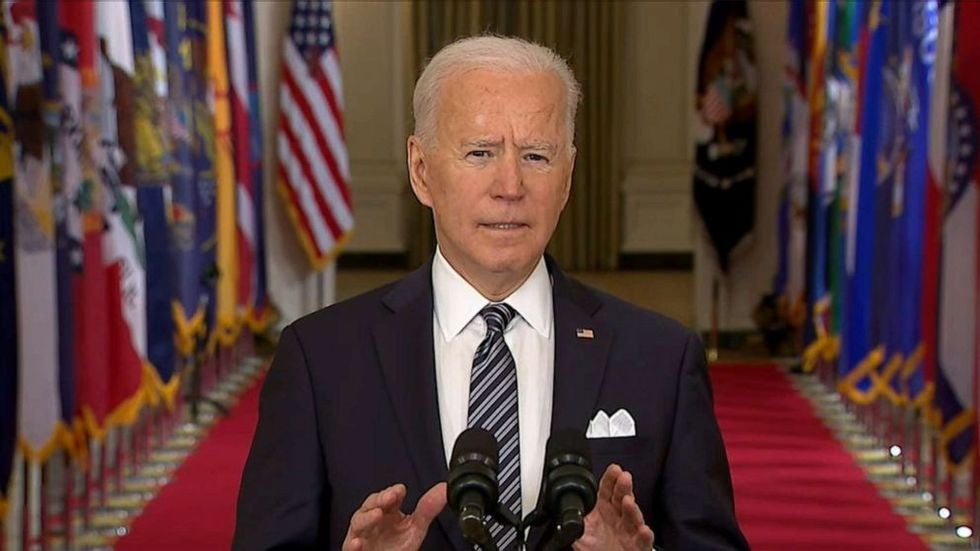 Addressing the horrible news from Boulder, Colo., on Monday, President Biden acknowledged that he was “still waiting for more information regarding the shooter.” And then, without pausing for breath, he said it: “I don't need to wait another minute, let alone an hour,” Biden affirmed, “to take commonsense steps that will save the lives in the future and to urge my colleagues in the House and Senate to act.”

With respect, Mr. President, you do.

In front of the cameras, Biden called upon the Senate to pass “universal background checks.” But Colorado, in which these killings took place, already has such a system — and, besides, the shooter bought his gun from a store, not privately, passing a background check in the process. Responding to Biden's demand, Senator Marco Rubio was justifiably confused. “I just don't understand why everybody keeps focusing on that,” Rubio said. “It wouldn't have prevented any of these shootings.”

Washington, as well, has a system similar to Colorado's.  Other than private sales between family members, all other sales must be conducted via an FFL and include the required background check.  There is no "gun show loophole" there is no "Charleston loophole" in Washington state.  Apparently, there isn't in Colorado either.

The president's other ideas were just as ill-considered. As he confirmed once again, Biden hopes to prohibit the sale of certain cosmetically displeasing rifles and to ban magazines that are capable of holding more than ten rounds. But, as one of the architects of the now-expired 1994 “assault-weapons ban,” he should know better than that. Not only are so-called “assault weapons” used so infrequently in crimes that the FBI does not even keep statistics — rifles of all types, recall, are used less frequently as murder weapons than are hammers, fists, or knives — but the evidence that prohibiting them does anything of consequence is non-existent.

When, in 2004, the “assault-weapons” ban was up for renewal, a report issued by the Department of Justice submitted that “should it be renewed, the ban's effects on gun violence are likely to be small at best and perhaps too small for reliable measurement.” Congress let it lapse, and, since then, the evidence has become no stronger. In their 2014 work, The Gun Debate: What Everyone Needs to Know, Stanford University's Philip J. Cook and Kristin A. Goss concluded that “there is no compelling evidence that [the ban] saved lives,” while, in a research review that was updated in April of 2020, the RAND Corporation found the evidence that “assault-weapons” bans reduce homicides in general and mass shootings in particular to be “inconclusive.” The AR-15 is the most commonly owned rifle in the United States, and, as such, is almost certainly protected under the Supreme Court's “in common use” standard. In Congress and in the courts, “inconclusive” ain't gonna cut it.

“This is not a partisan issue,” President Biden said on Monday, “it's an American issue.” And, indeed, it is. And yet Biden's rhetoric suggests that he believes this dispute is between a set of people that has all the right answers and a set that simply refuses to accept that they're wrong — a conviction that could not be further from the truth. Only one in four Americans believes that “stricter gun control” would “help a lot” to prevent gun violence, while more than half believe that universal background checks would make either a “small difference” or “no difference at all.” Over time, gun-control advocates such as Biden have simply tuned out this fact, to the point at which they are now unable to conceive of their critics as anything other than corrupt, bloodthirsty wreckers. Even now, with the National Rifle Association as weak as it has been in decades, gun-controllers assume that Congress's continued hesitance must be the result of something nefarious. It's not. Americans just aren't sold on the agenda.

And why would they be, given that that agenda is built atop the pretense that there is an easy answer to an appalling and vexatious problem — the Constitution be damned. Public polling shows that even the most popular gun-control ideas tend to become disfavored once the debate shifts from the abstract to the particulars, and it is the particulars that matter. There are no panaceas, only hard work. We must, of course, try to keep guns out of the hands of those who should not have them. We must, of course, do what we can to address mental illness. We must, of course, invest in policing not defund it. But we should not seek symbolic victories at the expense of the Bill of Rights, by banning the most popular rifle in America, overriding the background-check systems of 37 states, and pretending that the Second Amendment doesn't exist.