The Coronavirus Should Change the American Gun Debate Forever

The Coronavirus Should Have Changed the American Gun Debate Forever

March 2020 saw the most firearms sold in this country since the Sandy Hook Massacre.  That same month saw the largest sale of ammunition, to private citizens in the history of the country.  Go online and see for yourself.  There is no ammunition to be found, there are very few firearms to be found.

In that same time, many Americans, feeding from the mainstream media trough, began to believe that guns were nothing more than the tools of evil warmongers  or homicidal maniacs.  They came to believe that the average citizen didn't need a gun because, we have government to protect us.  Polls suggested that many Americans were more than willing to trade their Second Amendment Rights to feel “safer.” There was and still is a serious push to abolish the Second Amendment altogether.

Then the collective shit hit the fan.  Our country, in fact our entire planet, faced a threat like never before.  A silent killer capable of wiping out large portions of humanity.  Government, usually tasked with protecting us, was breaking under the tremendous weight of a global pandemic.  Government, could not even provide some communities with sufficient health care.  These were unprecedented times, but not unimaginable times.  You see, the Second Amendment community, the lawful and responsible gun owners of America, have always understood that ultimately, we must all be responsible for our own protection.  That you cannot just rely on government or someone else to take care of you or to keep your family safe.  In the harshest of times, it is you that must protect yourself and your family.

The Second Amendment community also realize that sometimes what government believes is worth protecting, might differ from your beliefs.  Consider how many large municipal police departments no longer make arrests for petty theft, and other “non-violent” crimes.  Consider how many of these same city governments operate a revolving door of releasing dangerous criminals back into society only to commit more crimes almost the minute they get out.  Government has shown a complete inability or unwillingness to truly protect us. 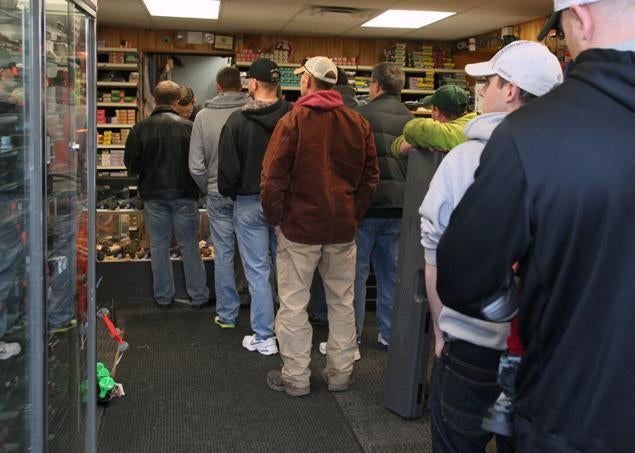 While many lawful and responsible gun owners have known this for years, it took a global pandemic for the rest of America to wake up and realize that you, and you alone are ultimately responsible for you and our families safety.  They also realized that when the collective world begins to crumble around us, the likelihood that government will save you is remote at best.  Yes, some envisioned scenarios similar to “I am Legend” or the first three chapters of Stephen King's “The Stand.”  However, when those images appeared in the minds of the American people, where did they turn?  To their local guns stores, that's where.

Has the Coronavirus changed the gun debate forever?  It should.  It should because although the mainstream media and politicians have been telling us for years that we don't need guns, it appears that the American people can decide that for themselves.  Last month, the American people spoke loud and clear with the second most gun sales in any one month in American history.  And a large majority of those buyers?  First time buyers.  Yes, it was not the doomsday preppers who were hoarding guns and ammo, it was the millions of Americans who were fed the rhetoric of mainstream media and liberal politicians to believe guns = bad and gun owners = bad people.  Yet when faced with real fear, when faced with difficult and serious choices, motivated by self-preservation, Americans, white and black, male and female, old and young and yes…liberal and conservative turned to the saving grace given to us by our Founding Fathers…the Second Amendment.  The mainstream media is still trying to convince the American people that they know better..

Statistics suggest that a large majority of gun buyers last month were first time owners.  Stories are replete throughout the entire country of the shock and disappointment for many to learn that you don't get to take that gun home today……..sorry, we have a background check to run, or we have a waiting period.  Yes, the same folks who zealously pushed for mandatory background checks, waiting periods, mandatory safety training, magazine limitations and monthly purchase limitations finally realized that “you don't think you need one until you need one.”  But for many, that need is at the government's mercy.  The same government that you no longer feel can protect you.

So once we return to normalcy, and once our political dialogue regains its momentum, can we all now agree, that America collectively realizes the importance of the Second Amendment?  Can we finally look at real facts such as where did Americans turn when the shit hit the fan?  Can we finally agree that there is a reason that only one Bill of Right contains the language “shall not be infringed?”  Can we all be honest with each other and recognize that we, as individuals, are ultimately responsible for our own safety and we should have the right to protect ourselves uninfringed by the very government who has shown an inability or unwillingness to do so?

And most importantly, let's finally be honest and state that gun control is not about “guns” it's about “control.”  For once the individual can no longer protect themselves, they are reliant on government forever to secure them.  March 2020 will live in history.  Not because of the Coronavirus, but because when faced with unprecedented threats, the American people spoke loud and clear and demanded the right to protect themselves and their family.  Yes, the American gun debate has changed forever.  Our only regret is it took a global pandemic for us to figure it out.