Washington State Reporting Some of the Highest Gun Sales in America 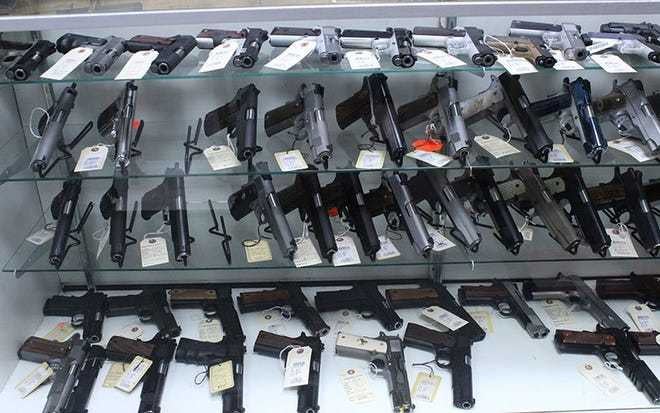 Well this will not make Governor Inslee and AG Ferguson happy.

The FBI's National Instant Criminal Background Check System (NCIS) reported that Washington state saw the ninth highest increase in guns and ammunition sales in the country in 2020, and that number continues to rise in 2021.

In 2020, Washington state saw a rise in sales by +795%, with 9mm ammo increasing by over 1,377%. The rise in guns and ammo sales has been largely credited to many different variables over the last 16 months, including the pandemic, protests and riots across the country, and a new election.  However, in Washington state we have seen an inordinate amount of civil unrest and violence disguised as a social justice cause.  We have not only seen cries to defund police departments, we have seen local governments willing to do that with knee-jerk reactions.  We have seen a alarming rise in violent and property crime all while seeing more and more officers taken off the street.  And at the same time that all of this is occurring, we have been hearing our Governor and Attorney General routinely call for the disarming of lawful and responsible gun owners throughout the State.

But even as we move into a new year, gun sales are still soaring through the roof. In January, the U.S. sold over 2 million firearms, according to the Washington Post. This was an 80% increase from the same time last year, and on top of that, the pandemic has put a big strain on weapon and ammunition manufacturing in the U.S.

With many states having restrictions in place due to COVID-19, guns and ammunition manufacturing warehouses have been slowed down drastically. This has caused many retail stores and online sites to experience extreme shortages of guns and ammunition. Robin Ball, owner of Spokane's Sharp Shooting Range and Gun Shop says she's not sure when the shortage is going to end.

"Factories have not had an opportunity to get caught up from being closed down during the pandemic and then the crush of 8 million new shooters in the industry has really caused some supply chain problems for all of us" said Ball.

But even as widespread shortages plague retail and online stores across the country, guns are still being sold. The difference is, now people are paying much higher premiums for them. Customers purchasing guns and ammunitions online have seen prices spike upwards of almost 300% in some cases, claims Ball. She also says that the majority of people who come into her store to purchase guns are usually new gun owners, adding that her first-time gun owner classes have been sold out for months.

"There's no question that people who have maybe been more on the anti-gun side, are who our new customers are" said Ball.

She also credited the big spikes in new gun owners to the recent pandemic and violence that has erupted across the country, with protests and riots threatening the stability of our nation and government.

There is no official registry that records who owns guns and when they made the purchase, but according to a study done by the National Shooting Sports Foundation in the summer of 2020, roughly 9 million-- or 40%-- of the total guns purchased were by first-time buyers. It also showed that 40% of the buyers were women.

There has also been a rise in hunting permits given in 2020, due to the socially distanced nature of hunting during the pandemic, but studies show that most of the firearms purchased in the last year were handguns.

As state restrictions ease across the country, many manufacturing sites are starting to ramp up their supply of guns and ammunition. Ball says that while she doesn't know when this shortage will end, she hopes that less restrictions mean better supply for customers moving forward.

Yet, in the meantime, while more and more Washington residents decide that they now need to protect themselves, our State government, at the highest levels, calls for radical infringements upon our Second Amendment rights.  The public is abundantly aware that the same movement which calls for defunding the police, also demands disarming lawful and responsible gun owners.  For years Washington politicians and the mainstream media told the public that they do not need firearms.  But when the collective s*** hit the fan, it appears that Washington residents could make that decision on their own.