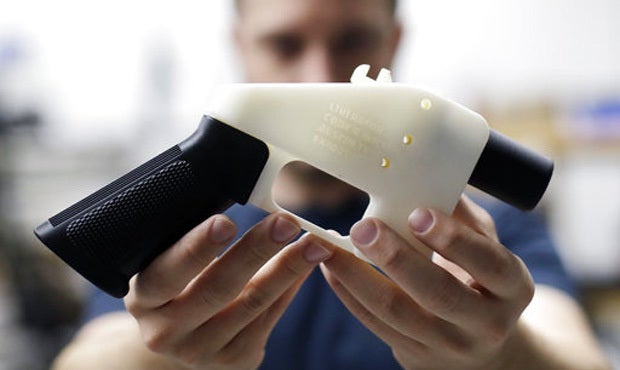 House Bill 1739 would prohibit “a person from knowingly or recklessly allowing, facilitating, aiding, or abetting the manufacture or assembly of an undetectable firearm or untraceable firearm if he or she: (1) Is ineligible to possess a firearm; or (2) Has signed a valid voluntary waiver of firearm rights that has not been revoked.” Click here to read more.

The measure was sponsored by Rep. Javier Valdez and was passed by a bipartisan 57-39 vote. It now heads to the State Senate for consideration.

“I support the Second Amendment. With that said, we cannot allow felons and other dangerous individuals to make an end-run around our state's background check requirements by printing untraceable, undetectable 3D-printed guns,” Ferguson said in a news release. “Guns that can evade metal detectors pose too great a risk to the safety of our communities.”

The measure follows Ferguson's July 2018 lawsuit against the Trump Administration over its decision to allow public access, through the distribution of downloadable files, for 3-D printed guns.

U.S. District Judge Robert Lasnik blocked the Trump Administration’s decision to release the downloadable files, saying they could end up in the wrong hands.

“There is a possibility of irreparable harm because of the way these guns can be made,” Lasnik said.

You can follow this bill and all gun legislation this legislative session right here.