If you're not a gun collector, you likely haven't heard the term “gun trust.” Even if you are, you may not understand what a gun trust is, how it works or how it can be of use in an estate plan.

What is a Gun Trust?

A gun trust is the generic name for a revocable or irrevocable management trust that is created to take title to firearms. Revocable trusts are more common, as they can be amended and changed during the lifetime of the grantor.

Although any legally owned weapon can be placed into a gun trust, these trusts are usually used for weapons that are classified under the National Firearms Act (NFA) Title II of the Gun Control Act of 1968. Examples of Title II weapons include fully automatic machine guns, short-barreled shotguns or  suppressors, sometimes called a “silencers.” The latter is a common piece of equipment that is purchased and owned by a gun trust. The trust is actually the owner of the firearm or suppressor.

Essentially, the trust becomes a legal entity, that can own assets, such as firearms.  But unlike a corporation, where you must file articles of incorporation and all Board Directors must be publicly named, a trust allows this to be an agreement between private parties and the ATF.

Gun Trusts Provide Legal Protections to You and Your Heirs

So why might a gun trust become a necessary part of an estate plan when the grantor owns NFA designated Title II weapons? One obvious reason is that the transport and transfer of ownership of firearms that are so heavily regulated can easily become a felony without the owner even knowing they are breaking the law.  For example, a person that lent a suppressor to a friend to use at the range, has likely assisted in the commission of a felony.  Worse yet, the individual borrowing the suppressor is committing a felony that will likely land him in jail.

A gun trust also allows for an orderly transfer of the weapon upon the death of the grantor to a family member or other heir. However, the transferee must go through the background check and identification process before taking possession of the firearm. That means the grantor should name as the final beneficiary a person or entity they know will be able to accept the weapon if the initial designated heir cannot, due to failing the background check.

There are other reasons a gun trust can make sense. For instance, an NFA Title II weapon, such as a suppressor, can only be used by the person to whom it is registered and no one else. Violation of this law is a felony. Simply letting a friend or family member fire a few rounds with a Title II weapon at the local range is a felony! A gun trust can be used to allow for the use of the Title II weapon by multiple parties. Each party who will have access to and use of the weapon must be a co-trustee of the gun trust and must go through the same required background check and identification requirements.  So if you're wondering if a gun trust can alleviate any of the required federal or state background checks, the answer is NO.

It is worth noting that the vast majority of firearms purchased and owned by U.S. citizens are Title I weapons, such as ordinary rifles, shotguns and handguns, and not Title II. However, it is fair to assume that as gun sales increase, the purchase of Title II firearms will also increase, and the gun trust will be a valuable tool for those willing to go through the rigorous and lengthy process to legally obtain a Title II weapon. The process includes:

To learn more about registering Title II weapons and the benefits of a gun trust, click here.

It is also possible, depending on changing political conditions, that the federal government may attempt to re-define what constitutes a Title II weapon thus vastly increasing the number of prohibited firearms.  The use of a gun trust will increase exponentially if this were to occur.

For an owner of a large collection of firearms, it may make sense to transfer ownership of these weapons to a gun trust, even if the individual doesn't own any Title II weapons. There are several benefits to doing this:

First, most states require an executor to file an inventory of the probate estate. Probate inventories are public 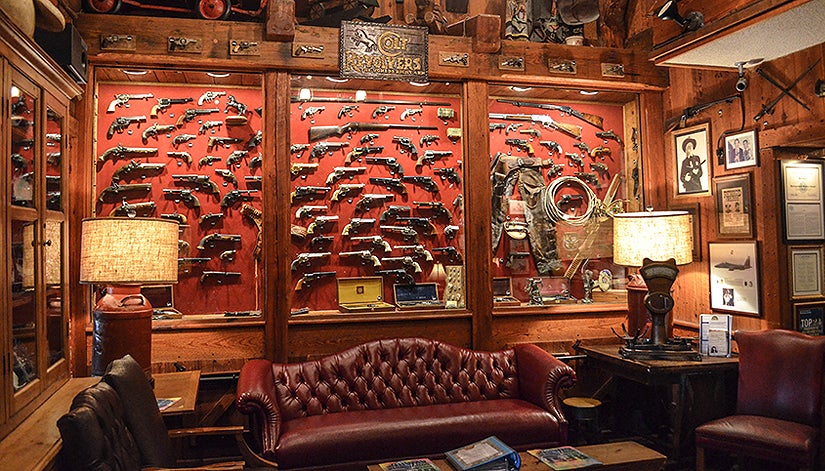 documents filed with the court and are available for anyone to see. All firearms included in an estate would be listed on the inventory, along with the market value of each item. A public document on file in the courthouse with a list of all firearms owned, as well as the value of each, may not be the best outcome for the heirs. If the firearms are owned by a trust, the firearms are not included in the probate estate and will not be listed on the inventory.

With changing political climates, and an ever increasing attack on the Second Amendment, public records of firearms owned and possessed by individuals is the first step to confiscation.

Allowing for the disposition of your collection.

Second, if the collection has significant value and will be liquidated at the death of the grantor, a gun trust can also provide for the orderly disposition of the firearms by the successor trustee or remaining co-trustees. Depending on the language included in the trust, the proceeds from the sale of the firearms can be invested to provide an income stream to heirs or to charity.

Covering the possibility of incapacitation.

Smoothing the way for your heirs.

Lastly, the cost to create and administer a gun trust is relatively small compared with the potential negative consequences of running afoul of the complex laws surrounding the use and ownership of firearms, especially Title II firearms. Leaving a large collection of Title I weapons — or even a single Title II weapon — in an estate to be dealt with by an executor or trustee can be disastrous and avoidable with the use of a gun trust.