With many Americans buying their first gun because of the COVID-19 pandemic, providing information to those new gun owners is one of our priorities. We've already explored some important tips for new gun owners. Now, we'll take a look at some types of firearms recommended for those who are purchasing their first home defense or self defense guns.

As you can see, there are a lot of choices here, but it's easier than you think. Like most things, choice depends on circumstance. And if you're new to carrying for self-defense, there's much to consider, including choosing the right type of firearm that works for you.

There are basically five categories of guns frequently and successfully used for self defense and home-defense purposes. Let's take a brief look at each, in this guns 101 guide to new gun owners. 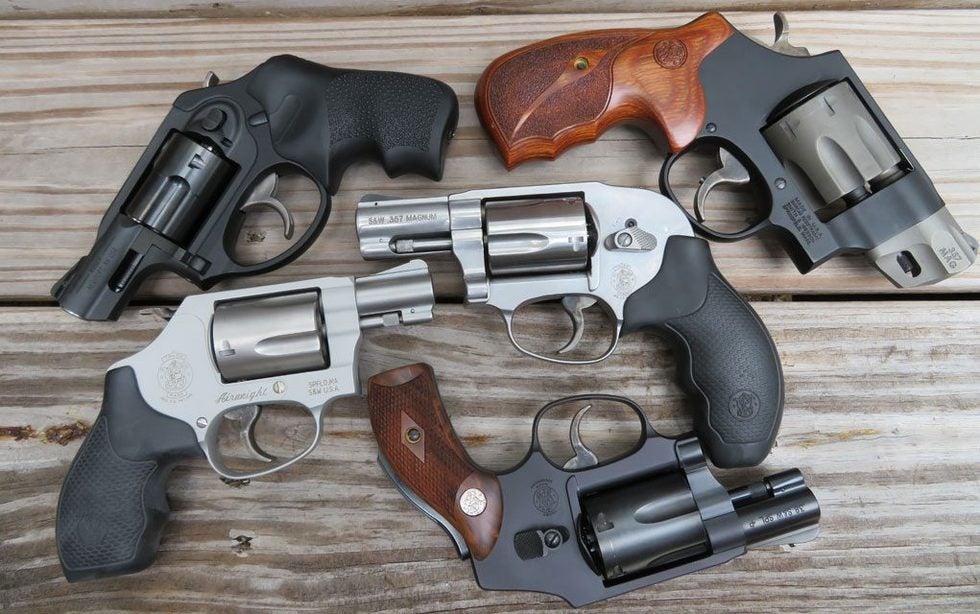 Revolvers are simple, reliable handguns chambered in a variety of calibers that are effective for self-defense situations. Many of the most popular are chambered in .38 Special/.357 Mag., meaning they can use shells of either type. In a revolver, shells load into a revolving cylinder. Then the gun is fired by pulling the trigger (double-action) or by cocking the hammer and then pulling the trigger (single-action). After the shot, the cylinder rotates, making the gun ready to fire again. For a first home-defense firearm, a revolver is hard to beat. And if you're looking for a firearm you might choose to carry concealed sometime down the road, a revolver won't leave you disappointed. One downside is most revolvers only hold five or six cartridges, but that will generally suffice in most defensive situations if the shooter does his or her part. 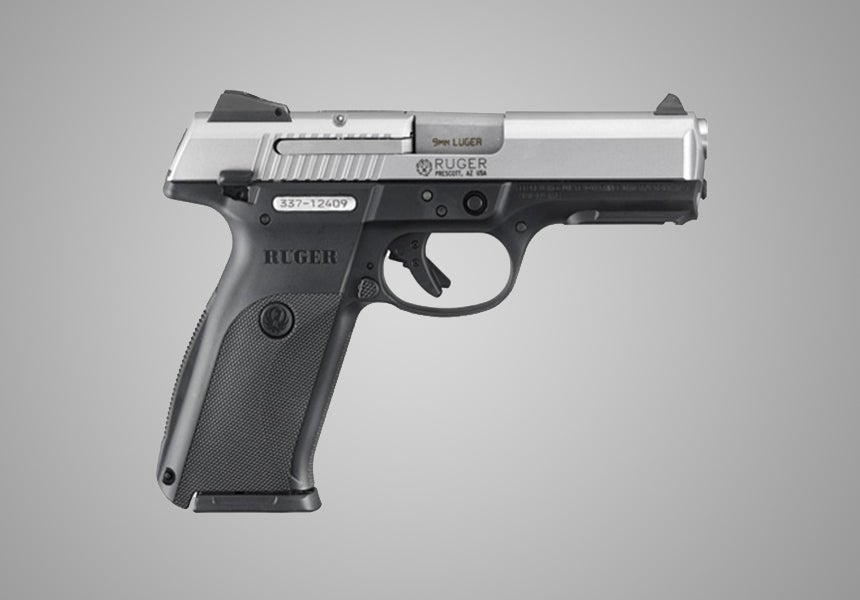 The other popular handgun option is the semi-automatic pistol. While a slightly more complicated to operate than the typical revolver, you don't have to be a firearms expert to figure out how one works. Rounds load into a removable magazine that is inserted into the grip of the pistol. Racking the slide moves a cartridge into the chamber, and the gun fires each time you pull the trigger, then reloads its own chamber. Like revolvers, semi-auto pistols are good for home defense and concealed carry. If you choose a semi-auto, be sure and study the owner's manual carefully so you know how it operates (of course, that goes for any kind of firearm). Many people choose semi-autos over revolvers because of their ability to hold more ammunition, with some holding 17 or more rounds. Like revolvers, the size of semi-auto pistols makes them very easy to maneuver in tight quarters, should the situation call for it. 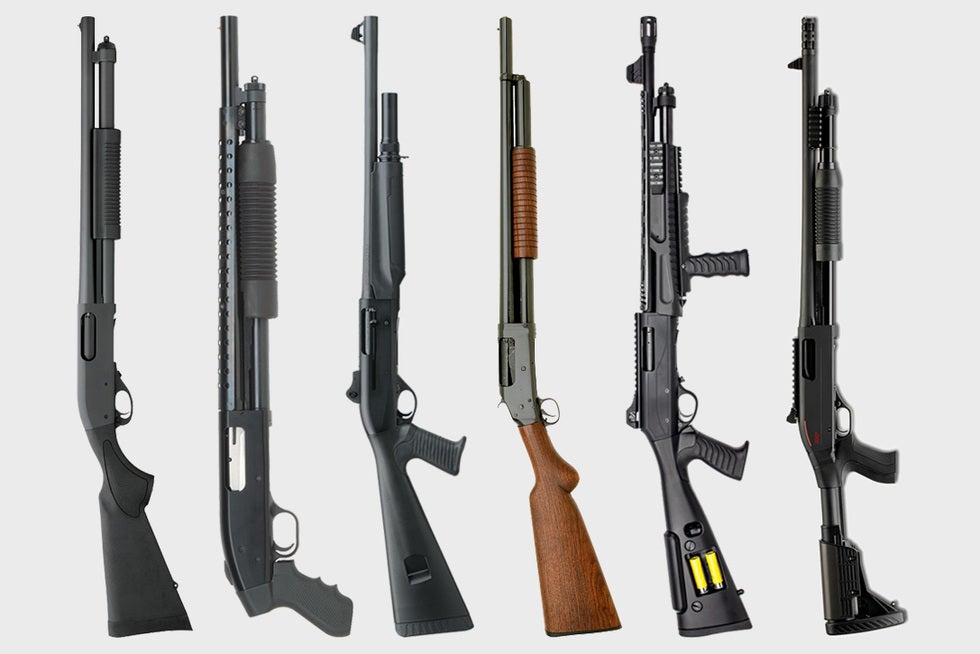 Shotguns have long been a staple of homeowners wanting to protect themselves and their families. They are shoulder-fired arms that fire shotshells loaded with a number of round projectiles. For pump-action shotguns, the shooter must pump the forearm of the gun after each shot to reload the chamber. Semi-automatics reload the chamber automatically after each shot. One advantage of shotguns is the spreading “pattern” of their shot makes it slightly easier to hit the target when under great stress. Also, the buckshot from shotguns moves much more slowly than rifle bullets, so it is less likely to penetrate walls. A shotgun can also double as a sporting gun if you become interested in clays shooting or upland bird hunting later on. 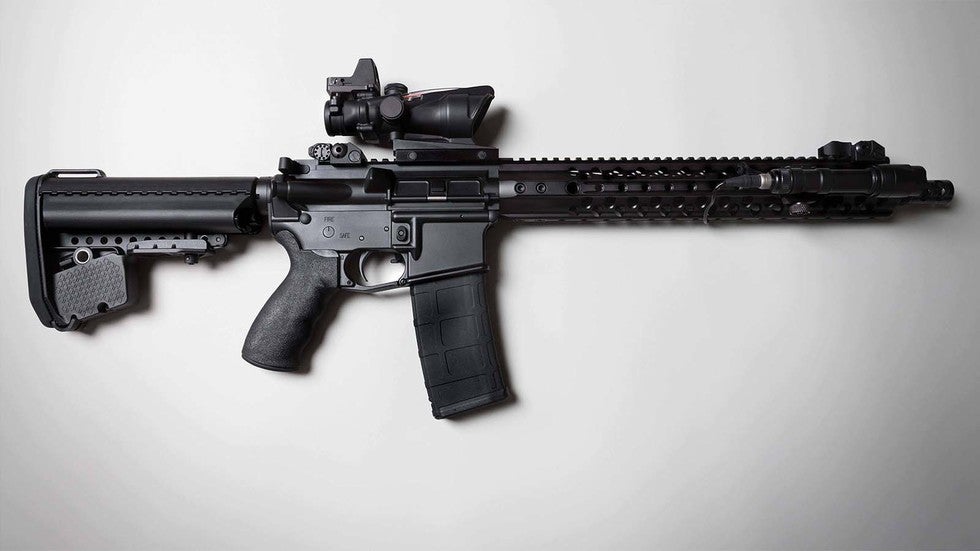 While some criticize the use of AR-style rifles for home defense, they do, in fact, have lots of advantages in that arena. For one thing, their large magazines give them greater ammunition capacity than any of the guns discussed so far. They are also quite easy to operate, and are easy to shoot accurately with an inexpensive red-dot sight mounted to the top rail. One disadvantage of the AR-style rifle is the ability for some rounds, especially full-metal jacket range ammo, to penetrate walls and other objects, creating a risk when shooting them indoors. But with frangible or hollow-point ammo, that is much less likely. AR-style rifles are also a lot of fun to customize, and a literal blast to shoot at the gun range. 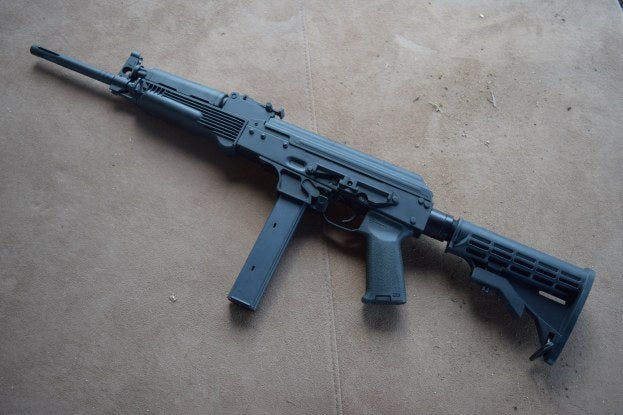 These designs are somewhat newer to the firearms industry, and have becomes increasingly popular. And, they're great for home-defense purposes, too. These are simply compact rifles (many look like AR-15s) that shoot the same cartridges as many pistols—9mm, .40 S&W or .45 ACP. They are easier to aim and hit targets with than revolvers and semi-auto handguns for most new shooters—especially when topped with a red-dot optic—and the handgun ammunition is safer than rifle ammo to shoot within a home's confined environment. Most have a high ammunition capacity, and some are available in a “pistol” configuration, making them easier to store when not in use and easier to maneuver when needed.

Remember, whatever firearm you choose for your home defense, it is YOUR REPSONSIBILITY to become proficient in the use of that firearm.  Like any other "tool" the user will not become proficient unless the regularly practice with it and learn every aspect of its operation.  So take the time, spend the money, and learn what you need to become and lawful and responsible gun owner.