Is Arming Women the Best Way to Prevent Domestic Violence? 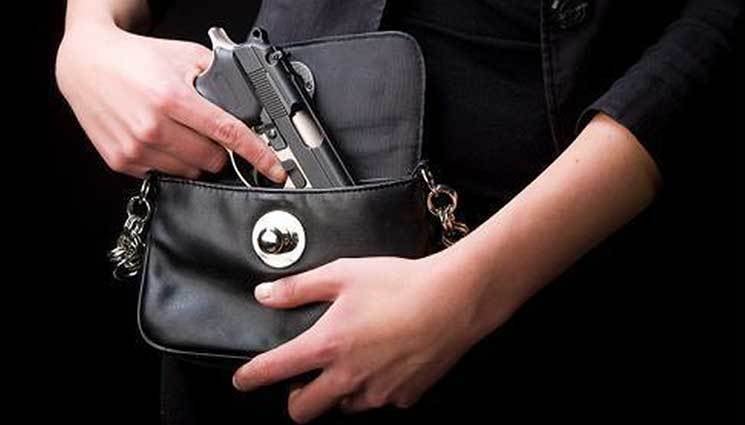 President Donald Trump's nominee to lead the Office of Violence Against Women believes that arming women in domestic violence situations is key to their safety, despite some experts warning that the introduction of guns into abusive relationships can imperil victims.

Shannon Lee Goessling, a former Florida prosecutor, has argued that women in domestic violence situations should take up arms against their abusers. In her role as chief legal counsel for the Southeastern Legal Foundation, a conservative attorneys' group, she wrote an amicus brief for the 2008 Supreme Court case District of Columbia v. Heller, which established the individual right to gun ownership. In the brief, she cited several instances of women shooting romantic partners in self defense and wrote that “women who are confronted with a sexual assault are significantly less likely to experience a completed rape if they resist with a weapon.”

But some claim that the consensus among researchers is that encouraging domestic violence survivors to use guns to defend themselves is a bad idea.  April Zeoli, an associate professor at the School of Criminal Justice at Michigan State University and an expert on the intersection of domestic violence and guns, concluded in 2015 that “there is no clear evidence that in the hands of victims, firearms are protective.”  A far more effective policy, she said, is prohibiting abusers from accessing guns.

Goessling will face a Senate confirmation hearing soon.  As head of the Office of Violence Against Women, she would develop programs and services aimed at reducing domestic violence.  She'd also direct grants to local, state, and tribal governments, and to courts, nonprofit organizations, and schools.

Susan Sorenson, the executive director of the Ortner Center on Violence & Abuse in Relationships at the University of Pennsylvania, explained that domestic violence victims who do manage to arm themselves can be reluctant to actually use a firearm against their abusers.  “The person most likely to assault a woman is a man she knows,” she said. “In that context, a woman isn't likely to pull a gun — even if she has one — on her male friend, boyfriend, or husband.”

There's also the possibility that brandishing a gun gives a violent partner a chance to turn it on a victim. “If you put a firearm into the hands of somebody who is untrained and afraid, everything we know about this says it is much more likely to be used against that person,” Kerry Bennett, legal counsel for the Indiana Coalition Against Domestic Violence, told HuffPost in 2017.

However, these opinions are based upon one premise, which is that women are incapable, or not as capable as using a firearm as their male counterparts.  Yet, all lawful and responsible gun owners know that a gun is just as lethal in the trained hands of a female as it is a male.  To suggest that a person may be reluctant to use a firearm or have it turned on them, is just a plausible for men as it is women.  The key factor being proficiency and familiarity with that firearm. 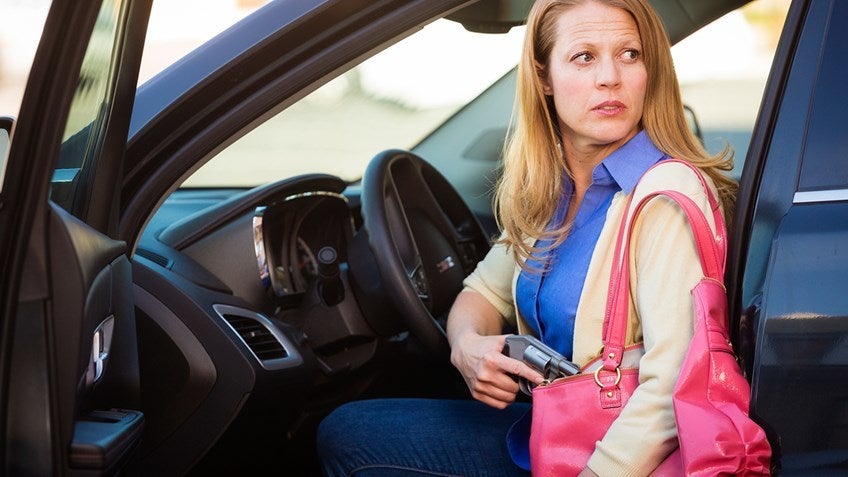 Unfortunately, there have been cases where women who used firearms against their abusers and faced legal repercussions. Last July, a Pennsylvania woman shot and killed her former partner, whom she had a restraining order against, after he burst into her home and assaulted her and her mother. She now faces third-degree murder charges.

The belief that armed women can fend off abusers and rapists is popular in gun rights circles and with conservative politicians. Republican state lawmakers have pushed several bills in recent years that expedite the concealed carry permit process for abused women. A bill that passed the Utah House on Monday would let women with protective orders carry a concealed gun without a permit or training. And legislation introduced in Arkansas in January would waive the permit and training requirement for abuse survivors who have petitioned for an order of protection and give State Police a single day to approve or deny their temporary licenses.

There's several ways to look at this issue.  But this much we can all agree on:  Domestic violence is a major problem is almost all corners of this country.  More times than not, men are the accused and women are the victims....that's just a fact.  Any person, male or female, can train themselves to be proficient with any firearm so long as they are willing to undergo the training and practice necessary achieve that skill set.

So the answer is not as simple as "we just need to arm more women."  Candidly, that alone would make a difference and likely save some lives.  But, arming women with firearms education, training and experience, is how these tools can effectively reduce this problem.  It's not just about putting a bunch on guns in the hands of those what have never had a gun before.  It's not about putting guns in the hands of someone who is terrified with trauma caused by an abusive relationship.  Instead it is about educating an entire generation of women the usefulness and effectiveness of firearms for protection.  Create as many training opportunities for women as humanly possible.  Give them opportunities to become familiar and comfortable around firearms.  Give them all the training they need to use that firearm in whatever situation they may encounter.  Do that and domestic violence would likely plummet.